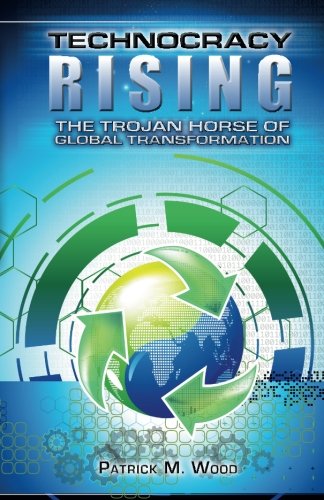 In his book, “Technocracy Rising, The Trojan Horse of Global Transformation”, Patrick Wood chronicles the past 100 years and pulls the reader forward in time to explain the scientific religion of technocracy; how it was started, how it was developed, how it was implemented and how it will impact the United States and the world now, and in the future. Wood is the point guard on the Trilateral Commission (TLC). His original research on this unelected think tank started in the early 1970s and is invaluable as he ties the TLC directly to his theories on technocracy and globalization, which is rule by unelected, boards, bodies’ commissions, through sustainable development (SD); a sophisticated rationing system based on conservation and scientific management techniques. The ultimate goal of technocracy is a scientific dictatorship and will be accomplished by changing the economic structure of the world from capitalism’s free market priced-based economy, to a scientific dictatorship based on a strict carbon-based rationing system. In this new economy people will be issued carbon credits and cash will be obsolete. Unlike cash, carbon credits will expire. People will not be able to save and individually prosper. In this new Orwellian economy, people will once again return to serf status of the dark ages.