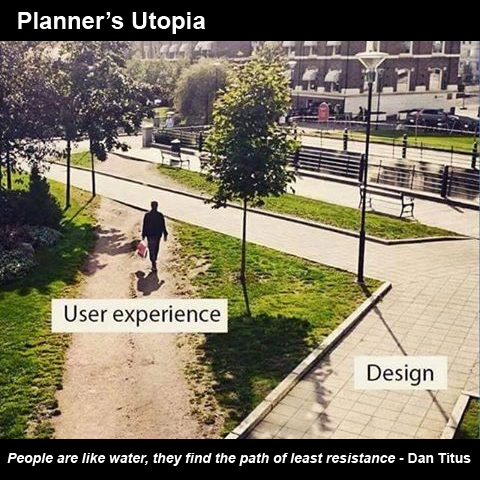 Presidents, prime ministers, dictators, and potentates from 175 countries gathered at the United Nations in New York Friday to sign the UN’s Paris climate accord, which proponents say is aimed at slowing the (fictitious) crisis of global warming  by reducing manmade greenhouse gases, especially carbon dioxide (CO2). Secretary of State John Kerry (shown), with his granddaughter on his lap, signed for President Obama, who was returning from a trip to Saudi Arabia and the United Kingdom.

President Obama declared last December, following the Paris summit that the newly-created pact “represents the best chance we have to save the one planet we’ve got.” Moreover, he praised it as “the most ambitious climate change agreement in history.”

Ambitious, yes; extremely ambitious, but only as it applies to global social engineering and the global concentration/centralization of political power, not in the sense of solving any real-world problems that most concern our planet’s inhabitants. If the Paris accord is allowed to go into effects, trillions of dollars will be spent by governments and UN bureaucrats – allegedly to “save the planet.” But all of their schemes and programs will only effect a tiny fraction of a degree in global temperatures by 2100. And even that miniscule effect is only theoretical.

However, the “complete transformation of the world” called for by the UN’s top climate officials (See here and here ) would be radically advanced by adoption of this treaty.

Today is Earth Day — the last one I’ll celebrate as President. Looking back over the past seven years, I’m hopeful that the work we’ve done will allow my daughters and all of our children to inherit a cleaner, healthier, and safer planet. But I know there is still work to do.

That’s why, today, the United States will join about 170 other countries in signing the Paris Agreement, a historic deal to reduce carbon emissions across the globe….

Thanks to this agreement, we can be more confident that we’ll leave our children a planet worthy of their promise.

That’s what this is all about. And that’s why today, America is leading the fight against climate change.

Not surprisingly, the establishment corporate media have provided full-throated support for the Earth Day extravaganza at the UN. That’s par for the course; they have been marching in lock-step on this issue, as shills for the globalist agenda, for years now. TheUSA Today editorial board, for example, ran a ridiculous editorial screed today titled, “The heat is on: Our view”  that recycles the usual myths, fabrications, exaggerations, and lies from the Al Gore grab-bag of scary (but imaginary) climate “threats.” “Friday is Earth Day, and the planet is running a fever,” they begin, flogging a shopworn metaphor that has been thoroughly discredited.  Can the esteemed editors at USA Today be completely unaware that even many of the top global warming alarmists, such as James Hansen, Phil Jones, the U.K. Met Office, The Economist, Washington Post, New York Times, New Republic, and, even the UN’s own Intergovernmental Panel on Climate Change (IPCC) have been forced – by the global satellite date — to admit that global surface temperatures have not risen measurably in 20 years.

To their credit, the USA Today editors have provided space today for two dissenting experts to present contrarian views on the Paris climate accord and the political spectacle at the UN. Meteorologist John Coleman, founder of the Weather Channel, penned a brief op-ed entitled, “Get politics out of climate debate: Science has taken a back seat at the United Nations.” Coleman, who has spent more than 60 years as a meteorologist, is an outspoken critic of anthropogenic (manmade) global warming, or AGW, which he has famously called “the greatest scam in history.”

Coleman points to UN climate chief Christiana Figueres statements calling for  a “centralized transformation” that is “going to make the life of everyone on the planet very different” to combat the alleged global warming threat. And he asks, “How many Americans are looking forward to the U.N. transforming their lives?”

He quotes another top UN IPCC official, Dr. Ottmar Edenhofer, who admits that it is the UN’s policy “redistribute de facto the world’s wealth by climate policy.” And, as we have reported (here and here), Dr. Edenhofer has further admitted that all the panic over climate “has almost nothing to do with environmental policy”; it’s all about redistributing the world’s wealth. And guess who gets to do the redistributing in this scheme of things. Here’s what he said: “One has to free oneself from the illusion that international climate policy is environmental policy. This has almost nothing to do with the environmental policy anymore, with problems such as deforestation or the ozone hole.”

“When all the scare talk is pushed aside, it is the science that should be the basis for the debate,” says the Weather Channel founder.” And the hard cold truth is that the basic theory has failed.”

“As a skeptic of man-made global warming, I love our environment as much as anyone,” said Coleman.” I share the deepest commitment to protecting our planet for our children and grandchildren. However, I desperately want to get politics out of the climate debate. The Paris climate agreement is all about empowering the U.N. and has nothing to do with the climate.”

But this is just rhetoric. My own research and the only peer-reviewed published assessment of the Paris agreement used the United Nation’s favorite climate model to measure the impact of every nation fulfilling every major carbon-cutting promise in the treaty between now and 2030. I found that the total temperature reduction will be just 0.086 degrees Fahrenheit by 2100.

Not 6 degrees. Not 4 degrees. Not 2 degrees. Not even 1 degree. Only 0.086 degrees. That’s 86 thousandths of a degree! That’s certainly worth the trillions of dollars the UN globalists want to spend, right? It is if you understand Figueres, Edenhofer and others who have admitted their plan is to restructure, reconfigure, transform, redistribute  — it “has almost nothing to do with the environmental policy.”

Lomborg, whose 2001 book, The Skeptical Environmentalist is still causing waves, writes in his Earth Day op-ed: “Even if these promises were extended for 70 more years, then all the promises will reduce temperature rises by 0.3 degrees Fahrenheit by 2100. This is similar to a finding by scientists at MIT. It’s feeble.”

Worse than feeble – and mind-bogglingly costly to boot. “This is likely to be among most expensive treaties in the history of the world,” says Lomborg. “U.S. promises alone — to cut greenhouse gas emissions 26%-28% below 2005 levels by 2025 — would reduce gross domestic product more than $150 billion annually.”

“Trying to cut carbon dioxide, even with an efficient carbon tax, will make cheap energy more expensive — and this will slow economic growth,” he notes.  “Green technology is still very inefficient (which is why it still requires significant subsidies).”

Neverthelerss, President Obama and the AGW alarm choir continue to insist that  we must ignore the science and the economics in a mad rush to adopt one of the most far-reaching schemes ever contemplated to regiment and control all humanity.

Climate Costs Estimated at More Than $12 Trillion for U.S. Taxpayers

Republished with permission of New American

This publication is a series of critical commentary regarding the United Nations 2030 Agenda for Sustainable Development, which includes specific goals. These goals are part the draft resolution which was referred to the United Nations General Assembly in September 2015, titled, “Transforming our world: the 20310 Agenda for Sustainable Development”. Author and commentator Patrick Wood, author of “Technocracy Rising”, comments regarding “soft” or “reflexive law” to explain how sustainable development is being implemented. Tom DeWeese of the American Policy Center, and Mary Baker of “Citizen Ninga” activist training fame, offer a compelling critiques of “Agenda 2030” and its goals. U.N. Agenda 2030 is an international wealth redistribution scheme to transfer wealth from “rich” nations to poor nations. Unlike U.N. Agenda 21, which was installed worldwide at the local level, this new scheme seeks to transform the economic structure of the world from a priced-based system or capitalism, to a socialist carbon-based currency system, using strict conservation rationing system, or technocracy.