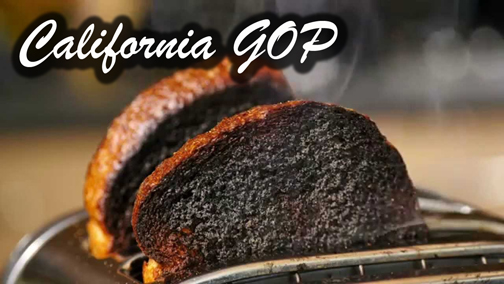 The 2018 midterm elections were not kind to California Republicans.

They lost numerous House seats and every statewide office, and fell below one-third in both the state Assembly and the Senate. So questions are naturally arising as to why and what to do next. The answer to both questions is largely the same.

At the outset, we need to recognize that in this divided era, our red state/blue state divide is deepening as people vote with their feet to seek out like-minded environs. California is certainly more blue than it was 20 years ago, in significant part, because of those who have left California for greener red-state pastures.

Part of the desire to leave relates to the policies of California Democrats. The state features the nation’s highest overall taxes and is the most regulated place on earth. California government debt exceeds $2 trillion and its infrastructure deficit is approaching $1 trillion. Crime is on the rise, and California schools continue to perform among the very worst in the nation. The state’s water policies are killing off farming and threatening to leave residents with 50 gallons a day rationing—a 10-minute shower uses more than 20 gallons. Add to all of that the rising crime rates and the deadly mismanagement of forests.

Those are a sufficient number of issues on which the Democrats have failed to govern. You would think the opposition party would be able to make great inroads with the voters because of that. Yet, it hasn’t happened.

Now that the election is over, and even before, prominent Republicans have suggested the need to try a new way. Former Assembly leader and former Republican Party Vice Chair Kristin Olsen recently wrote that the “GOP is dead in California. A new way must rise.”

On the other hand, grass-roots advocates and organizations yearn for a return to conservative principles. They argue that the California Republican Party’s failure to support conservative candidates—in the state that gave us Ronald Reagan—has been the downfall of the party. Many are loyal to the president and want their leaders in this state to embrace him.

Their arguments aren’t new. For many years, a debate has raged among California Republicans as to whether to pursue “moderate” or “conservative” policies and candidates.

So, what should California Republicans do?

Historically, it is of little value for the minority party to adopt a label and offer it to voters. Labels don’t actually indicate how a pothole will be filled, let alone how health care needs will be met. In this demanding divided era of impatience, voters want answers.

Nor does it help for a minority party to become “like” the majority party. Here is where Schwarzenegger, Kasich, and Mayes are particularly wrong. California Democratic voters won’t start voting for Republicans who adopt Democrat policies. The last 50 years have shown that Democrats vote straight party line with much greater regularity than Republicans and don’t trust political conversions.

A minority party acting like the majority party is like a race car driver staying right behind the lead car and expecting to win. It didn’t work for House Republicans for 38 years between Eisenhower and 1994, and it won’t work for California Republicans today.

Beyond that, having one side of a party scolding the other side, if not attempting to run them off, is a most damaging exercise. You can’t decimate your own and expect to grow. Trump’s supporters aren’t going anywhere, and moreover, inter-party Republican fights don’t appeal to voters.

Ideas, on the other hand, do.

California Republicans have done quite well when they have focused on defined, unifying ideas, not party fights. In the late 1970s, they ran on Prop 13—the landmark property-tax reform measure that limited runaway tax increases.

In 1994, California Republicans successfully backed a ballot proposition known as the Three Strikes sentencing law. That same year, nationally, Republicans ran on the Contract with America, which gave a fairly detailed roadmap of House votes to come. Not coincidentally, Republicans ended 38 straight years of Democratic Party control of the House that election.

The common thread to those successes was that Republicans offered specific policies to specific issues and problems caused by Democrats. They didn’t run simply by saying they will be moderate or conservative.

A host of California problems brought on by California Democrats is listed above. All of them are begging for answers. Of them, there is little doubt that water and taxes will be major issues in 2020.

For years, I have advocated that Republicans in the state Assembly and Senate should craft a series of water-reform bills that would propose specific solutions to the various needs of the individual areas of the vast state.

Water is a crossover issue. Whether you’re a farmer or farm worker in the Central Valley, a rich landowner in Beverly Hills, rightfully fearful of fires anywhere, or simply want a lawn for your children, you want a stable water supply, regardless of what party you belong to. In the years to come, Democrats don’t want to increase the supply, they want to ration it. Republicans should start today to make water solutions their brand. That isn’t moderate or conservative, it’s sensible and needed.

Beyond water, the left in California have Proposition 13 squarely in their sights. In 2020, an initiative will be on the ballot to cut Prop 13 in half, taking away protection for commercial property. That will amount to a tax increase on all Californians, because the law of economics dictates that business costs wind up in consumer prices—unless they lead to a downturn and business losses.

Once the commercial property protection is gone, the left will turn their sights on residential protection—they are already saying Prop 13 protects older white people at the expense of the poor.

Every Republican candidate in the state immediately should pledge to support and save Prop 13. Tax reform is the Republican brand and it still works—economically and politically.

As to the concerns that the brand of the president more than complicates Republican efforts in this state, the water crisis isn’t two years old and might last far beyond this presidency at this rate. Rather than crawl in a hole or attempt to exorcise Trump supporters, Republicans should work with the president to start solving problems where they can.

It is also true that Republicans need to address the Democrat advantages in fundraising, political technology, and volunteers/”get out the vote” efforts. They also have neglected that.

Ideas work. It’s time that California Republicans adopted them and gave voters a reason to vote for them.