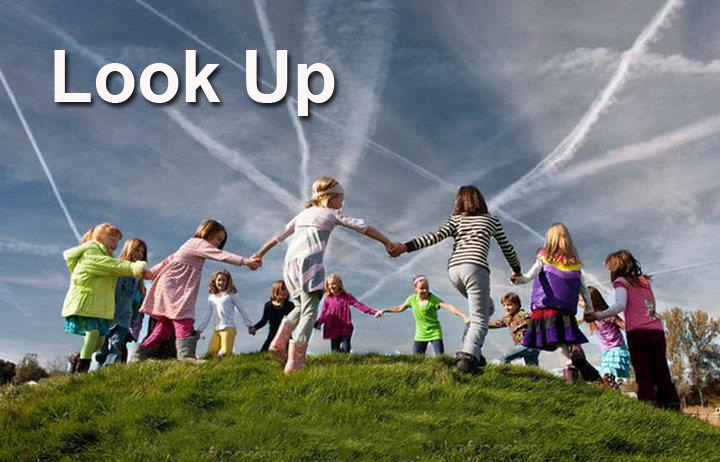 The idea behind Geoengineering, is to keep global warming under control — with the ideal solution still being a reduction in the emissions of greenhouse gases. To accomplish this weather modification, agents are sprayed into the sky reflecting and blocking sunlight, thereby cooling the planet.

Geoengineering has been an on going program, according to Alan Robock of Ruters University and co-author of a study proposing spraying sulfur dioxide into the atmosphere. The study was published in the peer-reviewed British journal Nature Ecology & Evolution. In January 2018 in USA Today article, Robock states: “Rapid warming after stopping geoengineering would be a huge threat to the natural environment and biodiversity…  if geoengineering ever stopped abruptly, it would be devastating, so you would have to be sure that it could be stopped gradually, and it is easy to think of scenarios that would prevent that.”

Geoengineering weather modification programs are being conducted as evidenced by this public notice from the Los Angeles Department of Public Works: 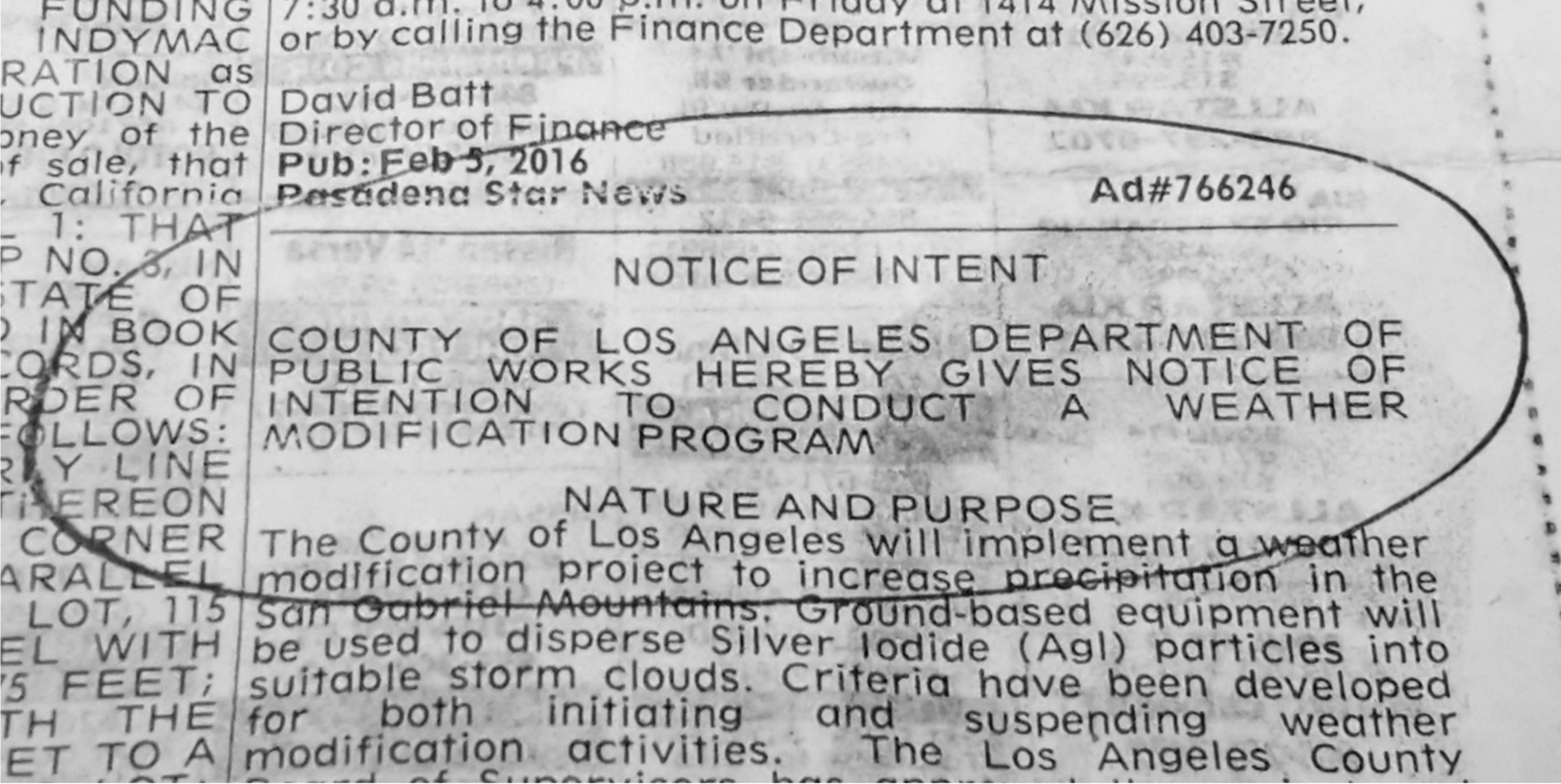 There are health concerns about spraying populations with aerosols. Chemtrails, the commonly referred street name for geoengineering, is defined as: “Chemtrails are geo-engineered aerosols that are loaded with toxic chemicals, including but not limited to: barium, strontium 90, aluminum, cadmium, zinc…” according to holistic advocate”, Ty Bollinger in his article, denoting the unintended consequences of geoengineering. Mike Adams, popularly known as “The Health Ranger” warns, “In an effort to halt so-called “climate change” in other words, mad scientists are willing to put the entire human population at risk of a catastrophic global famine.”

According to EcoWatch, “Reducing the impacts of human-caused climate change through the use of bioenergy with carbon capture and storage—better known as BECCS—could have major consequences for wildlife, forests and water resources… By masking sunlight with injections of sulphate aerosols in the stratosphere, nations could perhaps suppress some of the devastating hurricanes and typhoons that in a rapidly warming world threaten northern hemisphere cities, according to new research.”

Fomenting a New Drought in California?

The LA Times reports in a January 2018 article in regards to usually warm weather, that California may be slipping into another drought. Climatologist Bill Patzert declares, “We’re about halfway through the rain season, so we’ve only got February and March, and there better be a miracle… if not, we just backflipped into the drought again…The culprit has been a recurring high-pressure system over the West. “It’s been a hot summer, a hot fall, and even now in the midwinter. We’re talking mid-80s at the end of January? That’s unheard of.”

11-12-2018: Geoengineering, the Space Fence, and the Advent of Transhumanism