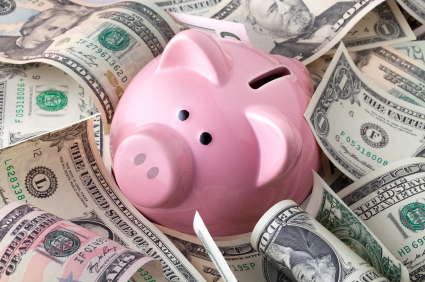 A Brief Explanation of CCA

Community Choice Aggregation (CCA) is basically a purchasing cooperative or co-op. Co-ops have been around for hundreds of years. The idea is simple: use the purchasing power of many to get volume discounts. It’s like CostCo. In the case of CCA, a government entity would purchase power on behalf of its customers. This is the “aggregation” or adding up the customer demand. “Choice” means renewable energy. Sounds great, doesn’t it?

If the goal is to bring down electric rates for consumers, CCAs might seem to be plausible. But, the goal is to reduce climate change CO2 emissions under an ever changing State mandated CO2 reduction system, which has been sorely politicized in favor of “sustainability” solutions. The scheme picks winners and losers. It favors and props up the renewable energy market at the expense of ratepayers.

CCA is a bad choice for residents and consumers. Government can’t offer cheaper, more reliable electricity because, in the long run, renewable energy, solar and wind, costs more. Renewable energy is taxpayer subsidized; once the subsidy is gone, electricity rates will go up.

Report exposes the true nature of CCAs
Why the Rush to Form CCAs?
Power providers like SCE are on track to meet the State’s climate change goals; however, they aren’t moving fast enough for CCA advocates and agencies of the State. Cities and counties say they want to form their own power companies because they want to move faster on climate change goals. They want to form Joint Power Authorities (JPAs) to compete with SCE and PG&E. They claim they can offer a better rate for consumers, even though the power they will be offering is skewed heavily toward expensive subsidized “green power”, like wind and solar. This is a false choice for consumers.

With an uncertain economy, a strained City budget, and roads still in disrepair now is not the time to embark upon a risky government run enterprise that strays so far from core government services. Furthermore, given the new administration in Washington, global warming and sustainability standards are already changing. Forging ahead with government power in this new environment will be very risky.

Mayor Carolyn Petty of Hermosa Beach cautioned about CCA at a council meeting on July 26, 2016. The consultant for CCA in that city promoted “carbon-neutral” as the major goal, the reason being that Hermosa Beach should be a “leader” in regards to climate change to reduce GHG emissions to subscribed 2030 levels. Petty opined that carbon-neutral is an impossible goal to meet because there is no way to be 100% carbon-neutral.”

The thrust of the urgency is to do it “now” rather than waiting for the current power provider to reduce emissions as per their timeline by 2030 – They basically were considering committing to the plan, even though it was voluntary. The mantra that faster is better became critical decision criteria in the “process”. She stated that the city of Lancaster, California, who entered into long-term energy contracts, and impossible to get out of, is projecting losses of $6.4 million dollars as of June 2017.

According to Lancaster’s June financial reports, Petty said the CCA was projected to close out the 2016 fiscal year at a $3.6 million dollar loss. When she reached out to them, Petty said Lancaster officials submitted new numbers that showed a $4 million dollar swing in the opposite direction, with nearly half a million in profit.

But the numbers in the report, which was not audited, did not make sense. She said the revenue from clients went up $2.2 million from one report to the next, while the delivery costs went down by $1.7 million. More customers, and more revenue, she argued, should result in higher delivery costs.”

CCA was referenced in Fontana at a round table presentation on August 3rd 2016, at the Center State Theater, where officials from the city of Lancaster were invited to participate in a “Round Table” discussion. These officials held their city out to be a shining example of “Smart Growth” aka. sustainability. One official tied the cities participation of a CCA as part of that mix. Why is the city of Fontana holding out Lancaster as an example?

Local government agencies form a new, semi-invisible government agency (JPA) to purchase and sell electricity. The local utility company, such as PG&E, provides transmission, distribution, and customer billing services for a fee paid by the new agency’s customers. All people who live and do business in the area become customers of the new agency unless they ask to “opt out.” The new agency must compete with the local utility company for customers. Government can make everyone their customer for a moment, but then they have to keep them.

This is really no “choice” in Community Choice Aggregation (CCA). As in education, the government will have its hand in your pocket. Like Obamacare, ObamaPower – Picks winners and losers in the power game. Subsidized renewables are the winner – what happens to customer rates when subsidies go away?

At the end of the day, Community Choice Agencies offer nothing to consumers. They simply cannot compete, long-term, with local utility companies. Facts don’t deter special interest groups that worship at the altar of Climate Change, profit from government contracts and urge government expansion with tireless zeal. Good sense demands that public officials resist the temptation to jump on this bandwagon.
Energy is a long-term business. Procurement contracts are non-cancellable and can span 30 years into the future. Cities that join CCAs are on the hook for large, long-term financial obligations. When things turn south (as they surely will), member agencies are stuck because they cannot afford to exit the program.

For example, as of March 31, 2015 Marin Clean Energy had outstanding non-cancelable power purchase commitments of approximately $886.5 million for energy and related services through October 31, 2041. This equates to more than $52 million for each of MCE’s 17 members, which include the Contra Costa cities of El Cerrito, Richmond, and San Pablo.

As of June 30, 2015, Sonoma Clean Power had non-cancelable power purchase related commitments of approximately $505.3 million for energy that has not yet been provided under power purchase agreements that continue to December 31, 2026. This equates to more than $56 million for each of SCP’s 9 member agencies.

Once a county or city government gets into the energy business they can’t get out, short of losing their shirts and abandoning the enterprise altogether, as happened in Hercules. CCAs are destined to become just another government money pit that will increase the burden of government debt our children and grandchildren must pay for such obligations as Contra Costa County’s $1.7 billion in unfunded pension and retiree healthcare promises.

So if CCA is not greener and it’s not cheaper, then perhaps the people running these agencies are more knowledgeable. Maybe they’re more innovative and competent than investor-owned utility companies like PG&E, so they deserve our trust to make our energy future bright.

Proponents of CCA claim that it will bring cleaner energy to communities at more affordable rates. As a government run not-for-profit, instead of paying dividends to shareholders investor owned utilities (IOU’s), they claim the CCA will be able to reinvest profits into developing local green energy sources that could provide jobs and power to local communities.

One of the downsides is that if the CCA is not successful that taxpayers will likely be caught holding the bag. In San Francisco a CCA was suspended after expending $4.1 million dollars. Another report indicated that in the SF example electricity rates were set to increase by nearly 5 times.

With our current power model in California, we supposedly have government regulators working on our behalf to ensure entities like SCE are not behaving badly. Whether those regulators are doing a good job is definitely a question up for debate, but with a CCA it is not clear what regulation, if any, they would have. Rates under a CCA would not be regulated by a government agency; instead they would be set by the CCA’s Board of Directors – which typically is comprised of locally elected officials. In addition, how are we to know whether the energy purchased by a CCA is actually cleaner? And who’s to keep the CCA from paying their directors and consultants outlandish salaries and benefits?

Those are exactly the concerns raised by one energy expert with regard to the Marin Clean Energy (MCE) CCA.

In startling allegations, energy expert Jim Phelps determines that MCE actually cost consumers more, or the same price as PG&E, while providing energy that is less clean than PG&E (the local IOU) provides.  Mr. Phelps’ analysis includes all additional costs levied by utility companies that consumers must pay each month after CCA switches them into its program.

MCE, which consists of the county of Marin, all 11 of Marin’s municipalities and the city of Richmond, serves as the retail electricity provider for 124,000 customers. The county of Napa and the cities of Albany and San Pablo have asked permission to join the authority, which could add another 27,000 customers.

MCE has now expanded from Marin into Napa, Solano, and Contra Costa counties, for a total of more than 255,000 customers.

Power expert, Jim Phelps, is critical of MCE’s use of renewable energy certificates (RECs). RECs are tradable commodities that certify that 1 megawatt-hour of electricity has been generated from an eligible renewable energy resource.

“These are just like going to the store buying a loaf of bread and getting a receipt,” Phelps said.
He added, “Lots of big companies buy certificates because they feel like it helps the environment. They don’t really know what is going on, that’s just their own visceral sensibility.”

Phelps asserts that clean-energy agencies, such as MCE, purchased RECs to cloak their use of “system power.” He said system power, the mainstay of the electrical grid, consists mainly of energy generated by burning natural gas and coal. That is important because coal and gas produce greenhouse gas emissions, while renewable energy sources don’t.

“What happens is they buy a REC, and it is pasted on the front of this brown power,” Phelps said. “Then they report to consumers that the energy is clean; but it’s not. This is know as green-washing.

Phelps analyzed the MCE’s power mix substituting system power, which has an emission rate of 944 pounds of carbon dioxide per megawatt hour, for all of the authority’s RECs. From that he concluded that MCE is producing more greenhouse gas emissions than PG&E. Actual greenhouse gas (GHG) emissions for MCE’s recently-announced 2015 emission year were underreported by more than 40%; MCE’s actual GHG emission rate is 538 compared to PG&E at 405.

Phelps also criticized the authority for waiting a year-and-a-half to purchase 10,500 RECs in 2013 and then applying its paper trading scheme to its greenhouse gas emission rate in 2011.

Phelps said, “What had happened was MCE’s emission rate was higher than PG&E’s so MCE went in the market afterwards and they bought those 10,500 instruments from a broker so they could undercut PG&E” in a contrived green washing scheme. Each of those RECs cost 87 cents, less than a Twinkie. True (genuine) delivered clean energy cost 100x that.

With an uncertain economy, a strained City budget, and roads still in disrepair now is not the time to embark upon a risky government run enterprise that strays so far from core government services.