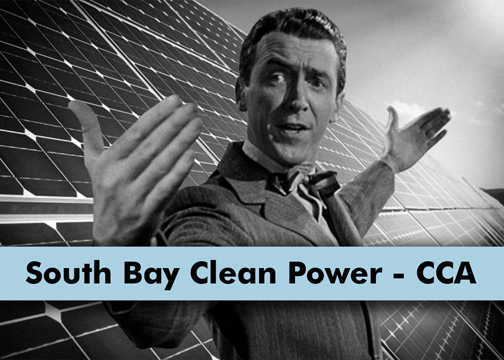 The American Coalition for Sustainable Communities (ACSC) has released a review and critique of the Business Plan Draft for South Bay Clean Power released 2/2017, and Joint Powers Authority Agreement. ACSC is a voluntary citizen coalition. National in scope, our mission is sustaining representative government, and protecting our elected representative’s authority, which is being usurped, and in many cases, abdicated to unelected agencies, boards, bodies and commissions.

Activists in the South Bay brought to our attention the issue of Community Choice Aggregation (CCA) in the area. Because we have successfully assisted in edifying elected representatives regarding CCA proposals, we felt compelled to respond. For example, at a recent San Bernardino Council of Governments (SBCOG) board meeting on Wednesday April 5, 2017, a staff recommendation to move forward with a CCA was offered.  It was defeated when no elected city members of the board would second a motion vote; this, after activist testimony bolstered by ACSC analysis was presented. Since the final business plan for CCA failed, the recommendations by SBCOG staff could not move forward.

Our primary finding of the Business Plan Draft for South Bay Clean Power and Joint Powers Authority Agreement is that the plan is overly ambitious and glazes over pitfalls, risks and potential liability for member cities, and ratepayers. We find that these points out way any potential benefits suggested by the plan.

ACSC recommends that cities simply say no to SBCP; the risks outweigh marginal benefits. Furthermore, cities need to proceed with caution when considering a CCA membership. The grass is not always greener on the other side of the fence – no pun intended. SBCP advocates have cited the primary reason for establishing a CCA is environmental justice.  We all want to be good stewards of the environment; however, environmental justice has been politicized and therefore is subject to the whims to politicians and stakeholders. Finally, elected representatives must understand the financial, legal and potential political ramifications of joining a CCA.