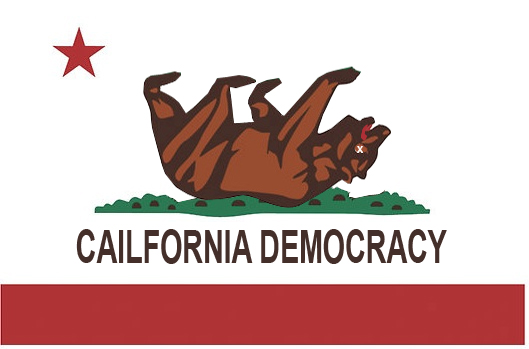 Amendment V of the U.S. Constitution

“No person shall be… deprived of life, liberty, or property, without due process of law; nor shall private property be taken for public use, without just compensation.”

The Fifth Amendment requires that “due process of law” be part of any proceeding that denies a citizen “life, liberty or property” and requires the government to compensate citizens when it takes private property for public use.

An argument can be made that water rationing laws in California interrupts “property use” through restrictions. Private property includes three main tenants:

Although he declared an end to California’s historic five-year drought last year, Gov. Jerry Brown on Thursday signed two new laws that will require cities and water districts across the state to set permanent water conservation rules, even in non-drought years.

“In preparation for the next drought and our changing environment, we must use our precious resources wisely,” Brown said in a statement. “We have efficiency goals for energy and cars – and now we have them for water.”

Under the bills, each urban water provider will be required to come up with a target for water use by 2022. Fines for agencies failing to meet their goals can begin in 2027.

The targets must be approved by the State Water Resources Control Board between now and then, and will vary by city and county.

Standards will be based on a formula that is made up of three main factors: an allowance of 55 gallons per person per day for indoor water use — dropping to 50 gallons by 2030; a yet-to-be determined amount for residential outdoor use that will vary depending on regional climates; and a standard for water loss due to leak rates in water system pipes.

The new laws make it likely that water agencies will need to offer more rebates for home owners and business owners who replace lawns with drought-tolerant plants and who purchase water efficient appliances. The agencies could also limit the hours and days of lawn watering, even when droughts are not occurring.

The laws are a response to complaints from some water agencies that the mandatory water targets the Brown administration put in place during the drought were too inflexible and didn’t take into account local water supplies, population growth and other factors. Those limits ranged from an 8 percent reduction in water use to a 36 percent reduction, based on each community’s per-capita water use.

The months-long debate over the new laws split the water community, environmental groups and business groups.

Organizations who supported the new laws say it makes sense to reduce demand as the state’s population grows, and allow each local area the flexibility for devising their own plan while California continues to develop new supplies, from recycled water to storm water capture to new reservoirs.