The California Road Charge Pilot Program now heads to the legislature. Below you will find our articles and videos over the past eighteen months as we followed this topic. Note, Road Charge/Vehicle Mileage Taxes are being considered throughout the United States. Editor – Dan Titus

Say NO to Increased Gas Taxes and VMT Taxes… 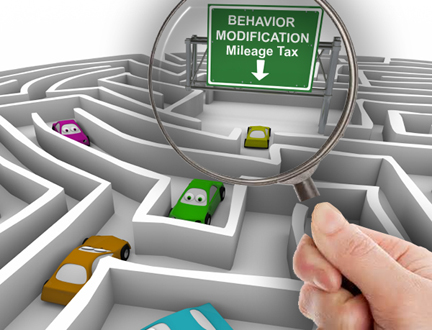 Jerry Brown signed a bill that will raise $52.4 billion in taxes and fees for road repairs. The measure is called Senate Bill 1 or the Road Repair and Accountability Act. The bill also hits buyers of zero-emission vehicles (ZEVs). For the first time, owners of clean-energy cars will pay $100 each year.

Here’s a potential scenario of your future…

On May 19, 2017, the California Transportation Commission held a Road Charge Technical Advisory Committee Meeting in San Diego. The video below documents some of the testimony at that meeting.

Quotes & Comments From the May 19, 2017 Transportation Committee Meeting

* Telematics is a method of monitoring a vehicle. By combining a GPS system with on-board diagnostics it’s possible to record – and map – exactly where a car is and how fast it’s traveling, and cross reference that with how a car is behaving internally. This technology can be used for road charge systems and track your vehicle miles traveled in order to bill you.

You have been a good steward of the environment. We are now going to punish you for your efforts.

Technocrats in government like to measure and control things. That’s why they want to force a black box into your car so they can monitor your driving. They believe that they can’t control what they can’t measure. They now are salivating at the opportunity to tax drivers by the mile using wireless technology, which would report your vehicle mileage to the government and then you would receive a bill for the number of miles that you drive. Their goal is to change your behavior so that you drive less in order to reduce CO2 emissions.

Vehicle Mileage Tax. $95 million to study how to modify your behavior to get you out of your car and make California the blueprint for the country.

“…if somebody comes out with the idea that we’re going to use the amount of miles you drive as some form of a punitive measure to regulate your behavior this program is dead, dead, dead. It will just never happen…”  –  Jim Madaffer, California Transportation Commission, 12-2015

Technocrats want to invade your privacy and tax you by the mile because they claim that they are not receiving enough gas tax revenue. People were good stewards of the environment and purchased fuel efficient cars, carpooled, and gave for the greater good. We did our part; we reduced CO2. Now they want to change our behavior by instituting a punitive vehicle mileage tax (VMT) to reduce driving and institute the ultimate goal of getting us out of our cars in order to reduce CO2 emissions. This scheme is ludicrous, because their real goal is more and more revenue, period. They simple see VMT as another way to gouge the consumer by perpetually changing CO2 emission goals.

California has cleaner fuels and reduced miles travels, but the technocrats want more. The benchmark keeps changing. It is all about control.

A. How Government Sees Things

2. What’s the Cause of the Problem?

People are using hybrid cars, which is decreasing the amount of taxable gas sold because people are driving less.

3. What’s the Solution to the Problem?

Institute a behavior modification program: a tax by mile scheme to charge and bill consumers by the mile.

4. Implement the Solution to the Problem

Institute higher and higher CO2 emission standards, driving up the tax for each mile driven.

B. How People See Things

1. There is No Problem – Government Created the Problem

Government is stealing money from the gas tax fund for other purposes.

The government claims that they do not have enough money for roads and road repair because people are driving more fuel efficient cars and that hybrid vehicles are reducing the amount of fuel purchased; therefore, they are not receiving the gas tax money that they used to. This is a false claim because, according to the Southern California Association of Governments (SCAG), only 13 % of gas tax money goes for new roads and construction. The rest of the money goes toward land conservation schemes and mass-transit: trains, and busses. They have gas tax revenue money, they are just misappropriating it.  According to their 2016 RTP/SCS, SCAG wants:

2. There is no Cause to the Problem – Government Created Artificial Crisis

Forced CO2 reduction standards are creating an artificial crisis, which is driving up the cost of gas production. Government is forcing gas producers to use renewable energy in their production process, driving up costs, which are passed on to consumers. This is part of the Sustainable Communities Strategy (SCS).  SCS exasperates gas tax revenue because in discourages driving –  Go figure, the government wants people to drive less, but wants increased gas tax revenue.

Government’s Ever Changing Goals and Rational

Even though our air is cleaner and we are on track to reduce CO2 to 1990 levels by 2020, SCAG wants more. According to their Regional Transportation Plan and Sustainable Communities Strategy for 2016, there are ever-changing goals.

The first and second goals were enshrined into law by the legislation known as AB 32, or the Global Warming Solutions Act of 2006, which gave the California Air Resources Board broad authority to implement a market-based system (also known as cap-and-trade) to achieve these goals.

California Executive Order B-30-15 signed by Governor Jerry Brown in April 2015 added the intermediate target of:

By 2030, reduce GHG emissions to 40 percent below 1990 levels – Note: San Diego is suing Governor Brown as he has no legislative authority to enact this.

Say NO to Increased Gas Taxes and VMT Taxes…

These are all videos from Friday’s meeting in Riverside. Thanks to those who were able to make it. Everyone spoke very well. I stayed for the entire meeting and got great intel on what these people are trying to do to us.
Gary Gileno

California Transportation Discusses Taxing us by the mile

San Gabriel Valley Tribune, 1-31-2018 “…immigrants getting richer during the past 16 years account for the decline in bus and rail ridership in Los Angeles, Orange, San Bernardino, Riverside, Ventura and Imperial counties…” In reference to a Mobility Study.